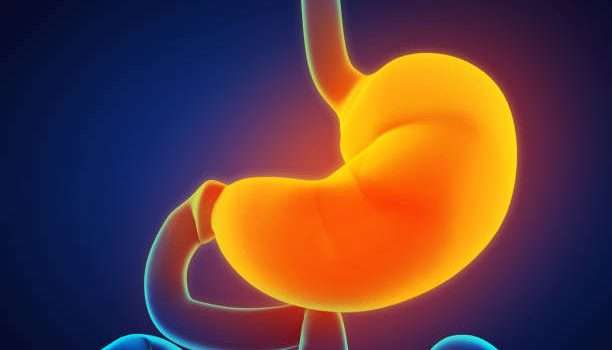 Gastritis is an inflammation that affects the stomach and digestive system that afflicts many people of all ages. New research hypothesizes a positive effect of cannabinoids and in particular of CBD with regard to many digestive disorders. The most common is know as irritable bowel syndrome and chronic inflammation of the gastric tract. Let’s see together how to use hemp oil to cure gastritis.

Gastritis is inflammation, that causes irritation and / or erosion of the gastric mucosa (ie the cellular lining of the stomach). It is an acute pathology that can easily become chronic and give invasive symptoms such as heaviness in the stomach, swelling, burning, epigastric pain between meals, nausea and vomiting.

There are many causes for the development of gastritis. Mostly from stress, to a diet that is too heavy to the abuse of alcohol or drugs. Even the presence of bacteria such as Helicobacter pylori can be a trigger as well as that of inflammatory autoimmune diseases.

The intake of some substances is an important triggering cause of gastritis (we are talking above all about acidic, inflammatory or harmful substances). They can weaken the stomach lining, facilitating erosion by gastric juices, as well as alcohol, spicy foods and Painkillers. Smoking also worsens the condition of gastritis sufferers.

Although there are many pharmacological treatments for gastritis, natural remedies can keep this problems under control, especially herbal remedies. The most useful natural remedies to alleviate the symptoms and promote the healing of gastritis sufferers are in phytotherapy. Especially the precious anti-inflammatory, soothing and antispasmodic herbs. Using decoctions and herbal teas it is possible to have great benefits, especially if the “cure” lasts for long periods. Among the best herbs in this regard are peppermint, chamomile, rosemary, balsamic pine extracts.

In addition to the herbs we have mentioned, there is another green remedy that you should consider: cannabis. In fact, it seems that cannabinoids (and especially CBD) are able to very effectively limit inflammatory reactions and have a great effect especially on the gastrointestinal level. CBD is a completely natural molecule, extracted from hemp, mainly present in the inflorescences.

It has no psychotropic effects and many therapists and also in cosmetics are using the effect auf CBD to manage inflammatory states and improve the natural reactions of our body in front of this type of problems. Obviously, if there are external triggering factors (such as the introduction of aggressive substances against the gastric mucosa), CBD can be at most a soothing but as regards chronic inflammatory states. Especially those due to the presence of autoimmune diseases, it is important to emphasize that the cannabinoids can have a real healing effect.

The power of CBD

CBD is in fact capable of interacting with numerous important receptors found in the gastro intestinal tract to help limit and control the inflammatory reaction and return to a state of homeostasis. Inflammation is a manifestation of many gastric diseases and the basis of gastritis. According to many experts, the key to the action of CBD is its mediation of the levels of anandamide. This substance, produced by our body, is capable of supporting our inflammatory response.

In addition, some studies promote the intake of cannabinoids to improve the functionality of the entire digestive system. It restores the appetite to those who feel their stomachs in difficulty. In case of gastritis it can be beneficial to take CBD. Precisely because of its ability to bring balance to the reactions of the immune system, And it helps to soothe and recover health more quickly in case of cellular damage from ulcers.

Obviously, then there is also the psychological side of it. When gastritis is triggered by stress, cannabis can help you relax and feel calmer. Is also gives relief to the stomach as well as facilitating sleep and muscle relaxation. The beauty is that generally cannabis can be used in conjunction with other pharmacological treatments.

In this case, the intake of CBD should be done orally to be as concentrated as possible on the digestive system. The best means is to use concentrated hemp oil that is taken in drops under the tongue or even better in capsules: this type of products will effect the passage along the entire digestive tract and will help achieve the desired positive effects much better than other methods of d ‘hiring.

Another very useful way to get the maximum benefit from cannabinoids in the stomach is to consume herbal teas based on cannabis. Against gastritis we recommend taking a lukewarm light cannabis tea daily like the one we have presented to you in this article with the addition of mint leaves and chamomile flowers. You will immediately notice a soothing and refreshing effect and regular consumption will help you improve digestive performance and stomach conditions.